Too busy to read? Just click the play button below to listen to Hailley and Brian discuss the Instagram algorithm on our podcast.

The way we consume content has always been driven by technology.

In the early 20th century, cinema was the clear leader, with 65 percent of the U.S. population attending the cinema each week in 1930.

Then came the television, and scarcity turned into abundance. Instead of having to go to the cinema to watch the news or a catch a bit of light entertainment every week, it could be viewed from the comfort of your own home, daily.

Following this, the percentage of people that went to the cinema each week took a steep decline:

And now, as traditional TV viewership declines, the next-generation television and entertainment product will almost certainly be in your pocket.

From Facebook Watch to Twitter’s live video broadcasts, and most recently, the launch of IGTV, a new app for watching long-form, vertical video from your favorite Instagram creators, it’s clear that social platforms are vying to be — and likely will become – the next big broadcast channels.

IGTV is a standalone vertical video app, and unlike on Instagram, videos aren’t limited to one minute. Instead, each video can be up to an hour long.

As soon as you open the IGTV app, a video will start playing — much like when you first turn on a TV. This means you don’t have to search to start watching content from people you already follow on Instagram.

“Also like TV, IGTV has channels,” Instagram co-founder, Kevin Systrom said on the Instagram blog. “But, in IGTV, the creators are the channels. When you follow a creator on Instagram, their IGTV channel will show up for you to watch. Anyone can be a creator — you can upload your own IGTV videos in the app or on the web to start your own channel.”

Vertical videos have changed the way in which many of us create and consume content, capturing a large percentage of the video-watching market in the process.

Last year Facebook revealed that its users were more likely to watch vertical videos for longer than traditional 16:9 videos, so it makes sense that Instagram would want to follow suit and embrace, full-screen, vertical video (aside from Stories).

And at IGTV’s launch event, Systrom, explained: “The tools we watch video on are old and out of date. Think about it—we still watch videos formatted for TV, on a vertical screen.”

Manchester City FC shared a video containing every single one of the team’s goals in the Premier League during the 2017/18 season.

The Economist published a 9-minute show a pioneering eco-resort that is trying to prove that tourism can help to revive and protect marine life.

National Geographic debuted on IGTV with a 47-minute documentary hosted by Will Smith. The documentary titled ‘One Strange Rock: Home’, follows NASA astronaut Peggy Whitson as she returns home to Earth.

How we got here: From photo sharing to long-form video

Raymond Loewy was one of the 20th century’s most prolific and influential designers. And the theory behind all of his designs was a simple one, called MAYA: Most Advanced Yet Acceptable.

For an example of Loewy’s theory in action, look no further than Instagram.

Five years ago, an Instagram product that focused purely on longer-form, mobile videoes may have been met with skepticism. And in 2013, we might all have been thinking, “I’d never watch a 15-minute show on Instagram.” But now, it feels like a natural progression.

When Instagram first launched it was an app that enabled users to filter and share photos. In 2013, videos were added, allowing users to share 15-second clips to their Instagram feed. Next came 60-second videos, vertical video formats, full-screen live video experiences and Stories.

Now, IGTV, though brand new, feels somewhat familiar and a next logical step for Instagram.

Will we all have to start producing, high-quality TV-like experiences for Instagram?

If you have the time, budgets and skillsets to put together this type of content, then yes, it might be a great play for your business.

But as video content gets longer, production values and time investment increase. And whilst creating a bunch of engaging, sub-10-second videos for a story on Instagram is a science in itself, creating a 15-minute video is a completely different challenge.

Success on IGTV will be more akin to creating and growing a YouTube channel than an Instagram profile and we’ll see plenty of experimentation from brands and creators alike to see what works on this new platform.

Content production likely won’t be the only way to make IGTV work for your brand, though.

Getting paid has always been a problem for creators and at the IGTV launch, Systrom confirmed that Instagram is focused on ways to help creators to make a living.

Instagram’s parent company, Facebook, recently launched its Brand Collabs Manager to help creators land sponsorship and partnership deals so we could see partnerships and sponsorships between brands and creators become a trend on IGTV, with brands seeking to align themselves and create content alongside stand-out IGTV creators.

And while there aren’t any ads on IGTV at launch, they’ll be on the way soon and ads could also be a way for brands to reach their audience through IGTV. With longer-form content, we may also see Instagram experiment with new ad types such as pre and mid-roll ads.

What do you think about IGTV? Are you excited to create and consume long-form content on Instagram? We’d love to hear your thoughts in the comments below. 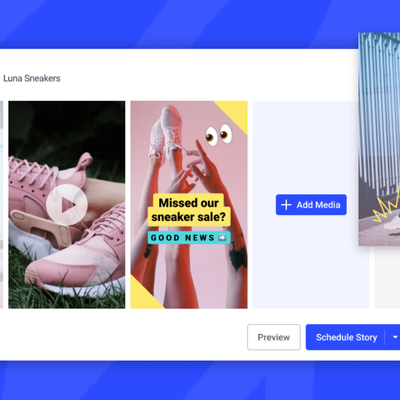 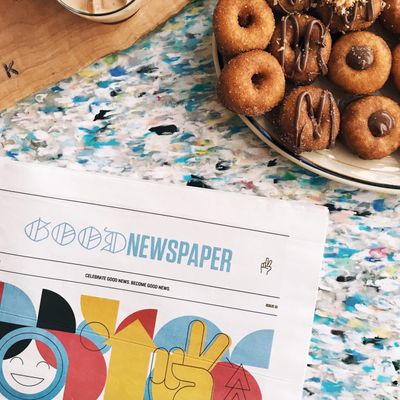 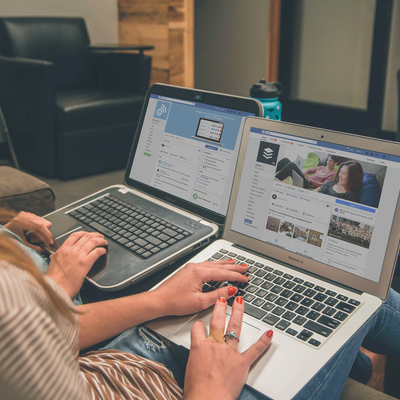 We Analyzed 43 Million Facebook Posts From the Top 20,000 Brands 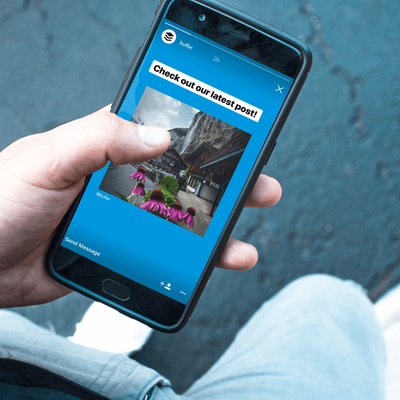