We’ve dedicated the week of August 22nd to a brand new internal initiative called Build Week. We’ll all be putting aside our regular work for a single week to come together in small groups and work on ideas that can benefit customers or us as a company, ideally with something of value shipped or in place by the end.

The inspiration for Build Week

Before building Buffer, I had several formative experiences attending “build a startup in a weekend”-type events.

Two I attended were run by Launch48, and another was Startup Weekend. Anyone could sign up to attend no matter what skill set or experience level they would bring. As long as you were willing to roll up your sleeves, build something, and contribute in any way, you’d be very welcome.

The focus was on building something rapidly from end to end, within the space of a weekend. Teams would be capped to a small number, around three to five people per team, so the groups could move quickly with decision making. Once the teams were formed, you’d get to work and start doing research, building, and marketing (often all in parallel) to move as fast as possible in building a minimum viable product and achieving a level of validation.

At the end of the weekend, teams would present what they achieved, what they validated, and what they learned.

Through these events, I met people, formed strong bonds, and stayed in contact for years with them afterward. Some teams even became startups. It felt like highly accelerated learning, and it was intense but fun, very energizing and inspiring.

I’ve been thinking about how this could translate to Buffer and why it would be so powerful for us in our current season, which is where Build Week comes in.

What is Build Week?

Build Week is a week at Buffer where we’ll form teams, work with people we don’t typically work with, and work together on an idea we feel called towards.

The highest level goals of Build Week are to inject into the company and team a spirit of shipping, creativity, and innovation, making progress and decisions rapidly, comfort with uncertainty, and ultimately going from idea to usable value out in the world in the space of a week.

When it comes to the type of projects we’ll work on and the skill sets required to accomplish them, the goal is for those to be far-reaching. While it may seem like Build Week would be more suited to engineers specifically, our goal is to achieve the outcome that everyone realizes they are and can be a Builder.

Ultimately, being a Builder in Buffer Build Week will mean that you are part of a team that successfully makes a change that brings value, and it happens in the short period of a week. Everyone on the team has something to bring to this goal, and I'm excited by the various projects that will be worked on.

With our high-level vision and ideas for Build Week, several months ago we got to work to bring this concept to life and make it happen.

The first thing we did was form a team to plan and design Build Week itself. Staying true to our vision for Build Week itself, where we want to have small teams of people who don’t normally work together, this is also how we approached forming the Build Week Planning team. With this team in place, we started meeting weekly. Overall, it has been a small time commitment of 45 minutes per week to plan and design Build Week. As we got closer to the actual week, we started meeting for longer and having real working sessions.

For the Idea Gathering stage, we created a Trello board where anyone in the team could contribute an idea. We used voting and commenting on the cards, which helped narrow the ideas to those that would be worked on during Build Week. We gave people a few days to submit ideas and received 78 total contributions. This was a big win and a clear indication of a big appetite for Build Week within the company.

The Team Formation stage was a trickier problem to solve and determine the process for. Initially, we had hoped that this could be entirely organic, with people gravitating towards an idea and joining up with people who are also excited to work on that idea. Ultimately, we realized that if we approached it this way, we would likely struggle with our goal of having people work with folks they don’t normally work with, and we wouldn’t have enough control over other aspects, such as the time zones within each team. All of this could jeopardize the success of Build Week itself. So we arrived at a hybrid, where we created a Google Form for people to submit their top 3 choices of ideas they’d like to work on. With that information, we determined the teams and made every effort to put people in a team they had put down as a choice.

And the final stage is, of course, Build Week itself! The teams have now been formed, and we created a Slack channel for each team to start organizing themselves. We are providing some very lightweight guidance, and we will have a few required deliverables, but other than that, we are leaving it to each team to determine the best way to work together to create value during the week.

If you're a Buffer customer, one small note that as we embrace this company-wide event and time together, we will be shifting our focus slightly away from the support inbox. We will still be responding to your questions and problems with Buffer; however, we may be slightly slower than usual. We also won't be publishing any new content on the blog. We’re confident that this time for the team to bond and build various projects of value will ultimately benefit all Buffer customers.

Why right now is the time for Build Week at Buffer

2022 has been a different year for Buffer. We’re in a position of flatter to declining revenue, and we’ve been working hard to find our path back to healthy, sustainable growth. One key element of this effort has been actively embracing being a smaller company. We’re still a small company, and we serve small businesses. Unless we lean into this, we will lose many of our advantages.

We want to drive more connection across the team in a time where we’ve felt it lacking for the past couple of years. While we’ve been remote for most of our 11+ years of existence, we’ve always found a ton of value from company retreats where we all meet in person, and we’ve suffered during the pandemic where we’ve not been able to have these events. Build Week is an opportunity for us to do that with a whole new concept and event rather than trying to do it with something like a virtual retreat which would likely never be able to live up to our previous retreat experiences.

There’s a big opportunity for exchanging context and ideas of current Buffer challenges within teams where the teams are cross-functional and with people who don’t normally work together. This could help us for months afterward.

Build Week can also be a time where strong bonds, both in work and personally, are formed. My dream would be that after Build Week, people within their teams hit each other up in Slack and jump on a spontaneous catch-up call once in a while because they’ve become close during the week.

We’ve had engineering hack weeks for a long time now. Those have been awesome in their way, but they have been very contained to engineering. And while those events created a lot of value, they often lacked perspectives that would have enhanced the work, such as customer advocacy, design, culture, or operational perspectives.

As a company, we want to challenge some of the processes we have built up over the past few years. Build Week is like a blank canvas – we clear out a whole week and then diligently decide what we need in terms of structure and process to make this concept thrive and no more. This can act as inspiration for us going forward, where we can use the week as an example of rethinking process and questioning the ways we do things.

The opportunity that comes with Build Week

If we are successful with Build Week, I am confident that we will surprise ourselves with just how much value is created by the whole company in that one week alone. In embracing being a small company, we’re currently striving to challenge ourselves by moving at a faster pace without over-working. I think this is possible, and the completely different nature of how we work together in Build Week could give us ideas for what we can adjust to work more effectively and productively together in our regular flow of work.

The opportunity for value creation within Build Week goes far beyond product features or improvements. Build Week will be a time for us to build anything that serves either customers or the team in pursuit of our vision and mission, or strengthens and upholds our values. We can stretch ourselves in the possibilities – there could be a marketing campaign, a data report, improving an existing process in the company, rethinking our tools, creating a new element of transparency, bringing our customers together, etc.

I believe Build Week can be one of the most fun, high-energy weeks we’ve had in years. I expect we can come out of the week on a high that can fuel us with motivation and enjoyment of our work for months. That is a worthy goal and something I think we can achieve with a little creativity and the right group of people designing and planning the event.

Of course, part of the beauty of Build Week itself is that just like all the ideas and the freedom to choose how you work in a team, we don’t know everything we’ll learn as a company by doing this. It could be chaotic, there could be challenges, and there will undoubtedly be many insights, but we will be better off for having gone through the process.

Please wish us all luck as we head into next week. There’s a lot of excitement in the company to create value. We hope to have new features to share with you in the coming weeks, and we’ll be back soon with a post sharing how it went.
Have you tried something like Build Week before? If so, how did it go? I’d love to hear from you on Twitter. 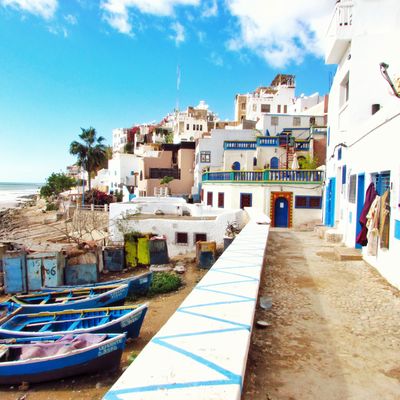 I Took 7 Weeks Off Work After Hiring 3 New Teammates, Here’s Why It Worked Out 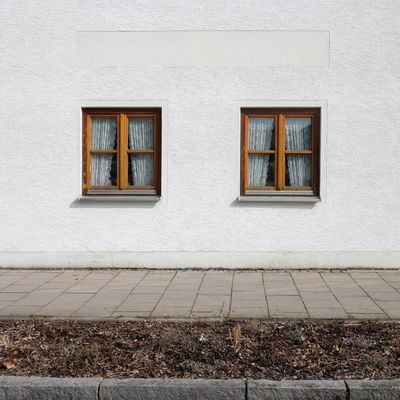 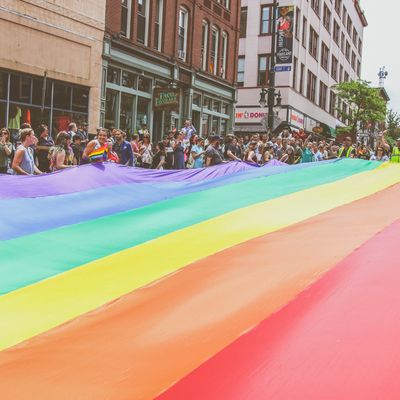 A Pride Fireside Chat: Coming Out at Work and How to Support LGBTQ+ Colleagues